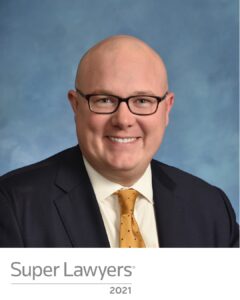 We are proud to announce that GDWG Partner Achille “Ash” Scache has again been named as a Super Lawyers Rising Star in Family Law. We have been honored to know Ash personally and professionally now for nearly a decade and it is wonderful to see how our peers in the legal community recognize what we have known for quite some time–Ash is simply operating on a much higher level than most of the legal field. This is not new. Ash has a long history of outperforming his peer group. Ash received his law degree from Widener University School of Law’s Delaware campus where he was in the top 5% of his class. As a law student, and even during his time as an undergrad, Ash was active in honors societies, student government and other endeavors aimed at bettering things larger than himself.

Yes, we are a little biased when it comes to heaping praise upon our own. And to that end, we could not be happier for Ash and we are continually thrilled to have him on our team and working to server our clients here at GDWG. Congratulations, Ash on this well-earned accolade.